The main body of work for the Aliens modeling blog has ironically been based on rules and the graphic design surrounding their creation. Its time to change that and get some models posted.

Thanks to those of you who emailed me asking about updates recently. (all 6 of you... ;)  ) It made me get a camera on loan so that I could at least post something to show that work is being done even if I do not have my butt planted to this blog posting stuff constantly.

With that, here are the Colonial Marine works in progress: 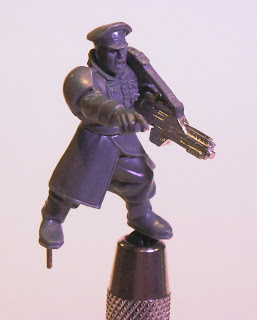 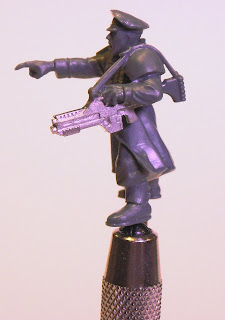 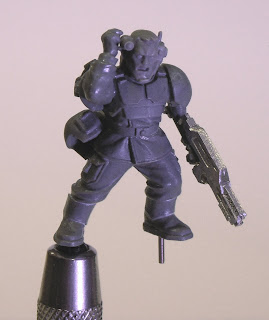 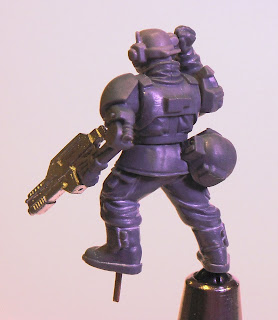 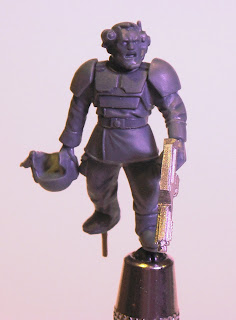 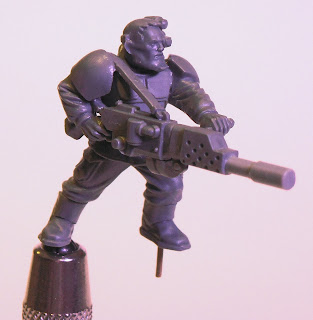 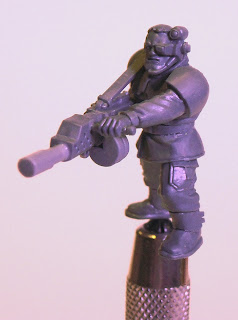 Flamer:
(This model needed some work to distinguish itself from the Pulse rifles due to the flamers normally used are carbine based weapons. This means that the flamers look just like a rifle. To help differentiate them from pulse rifles at a glance, I simply kept the cadian lasgun, added the flamer ignition and the fuel packs from old tank kits and fuel lines) 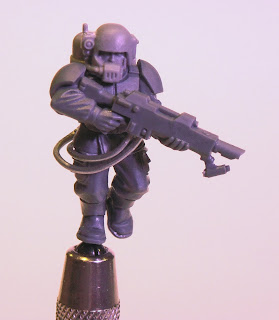 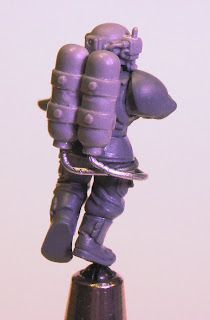 Shotgunner:
(I am not exactly happy with the scale of the shotgun, but lacking other more readily available options I am going to stick this one out and see where it leads) 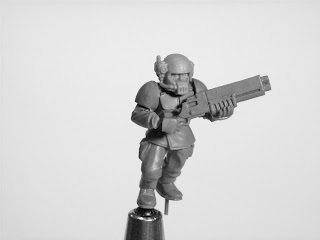 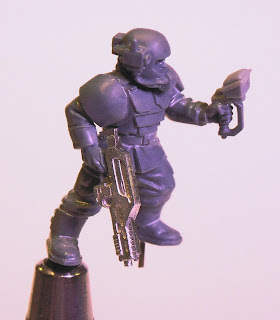 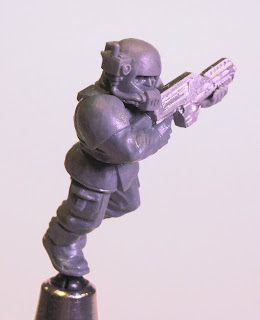 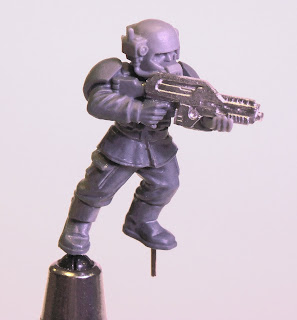 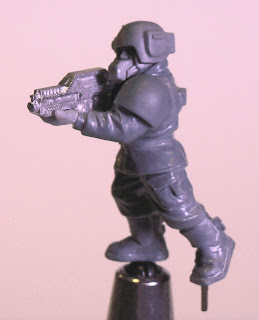 These are just a few of the 18 Colonial Marines for use with the Aliens rules. I'll post more later of the painted shots.
The conversion for the Colonial Marines wielding the smart guns originates from and is based on Mel Ebbles modeling blog which is attached to his fabulous papercraft website and store. I am borrowing other ideas as well, such as the sentry gun conversion and possibly the phased plasma gun if I can find room for this weapon in the rules (not likely but would like to build one anyways because its so cool).

With the humanocentric side of the game displayed, it brings us to the Xenomorphs. The models used are from Wizkids Horrorclix AVP box sets. 3 box sets and 1 Alien Queen box set gives you exactly what you need (22 Aliens and 1 Alien Queen). Here are a few shots of the more lively posed models that required modification in order to be successfully based: 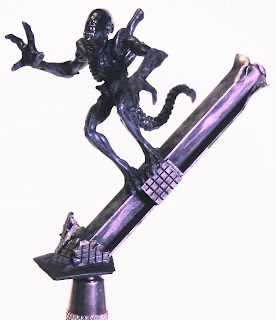 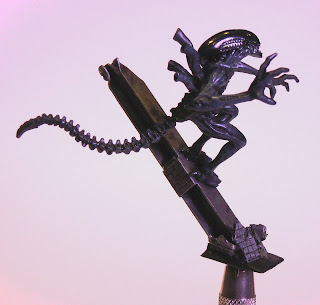 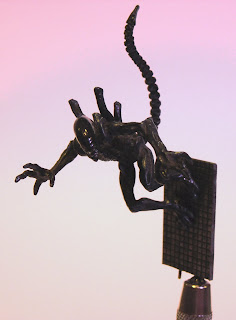 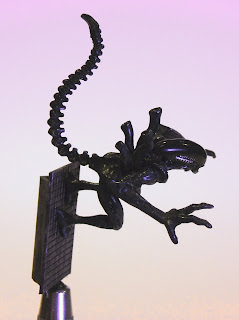 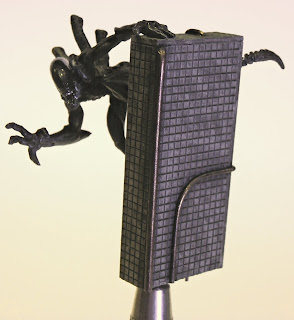 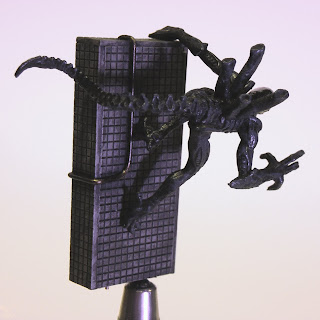 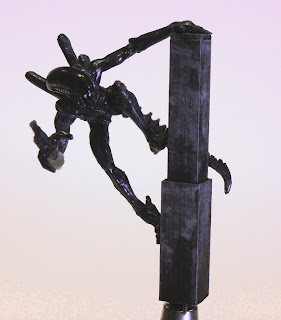 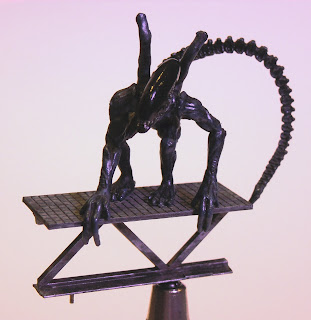 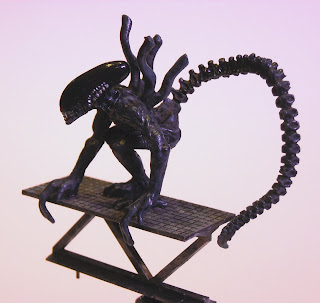 More models to come later, I just wanted to pop in and give a quick update.

Posted by Colorcrayons at 3:00 AM

Stuff you don't care about

Colorcrayons
Is frantically trying to get projects done.